“Help me! Please help me!” James screamed as he madly scratched his upper left arm. It seemed as though no one could see him as he ran down the very narrow and very crowded sidewalk. Perhaps they were simply ignoring him, as is typical in the Big City. He began to scratch at his chest, seeking relief.

“Help me!” Still no one looked towards him. He rounded the corner and could bear that itch no longer. He clawed at his shirt and began to scratch his chest even harder. The itch would not go away, in fact it seemed to only get worse. The more he scratched, the more other parts of him itched.

Looking at his fingers, he saw crimson. Looking at his chest, he saw gashes where he had dug in. As that crimson fell to the concrete, he could even feel the sidewalk beneath itch. How could that be? How could he feel a human sensation in concrete? He could not rationalize it, he just knew everything itched.

Slowly his world began to grow dark, there was a familiar comfort within the darkness. He allowed it to overwhelm him. He was aware of his breathing, and of a faint ticking in his ears. In a moment his sight returned.

He threw the covers off from his feet and started to scratch his left leg. He turned from his laying position and sat up in bed. Without thinking he lifted his hand to his chest to sooth the pain. He looked over to the clock, it was in the early hours of the morning. He looked towards the window, dark outside but the lights from the city still glowed through the blinds.

He lay back down and thought about life. “I’m thirty years old. I’m single. I’m in decent shape. James, find yourself a woman, get married, have a couple of kids. Everyone else does. But right now, get up and listen to some Reggae.”

He reached up and scratched his neck, then his left hand. “Actually, I’m hungry.”

He got up, grabbed a half empty box of animal cookies and sat down to watch television. A quick sweep producing nothing on worth watching. One channel showed a map of the world with various temperatures displayed where the major cities were. Another channel was of several puppets dancing around to a children’s song. Finally he stopped flipping. It was a program that was actually a commercial, complete with plot. 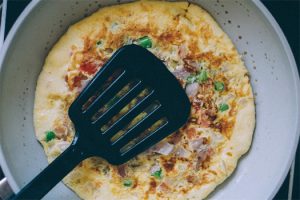 Tonight’s plot was for a magical chunk of plastic that would change how cooking was done. Not only could you use it to flip food in a hot pan, but you could also set it directly onto the hot pot without worry of it melting. A life changer indeed. Perhaps he could order one for each hand and reach those hard-to-get itchy spots. Ahh, but no need, it was a buy one get one free offer!

As he watched, his left foot began to itch.